The School for Air Defense - Bisla

IDF English
Bisla
Air Defense
About the base
IDF bases

Assigned to the air defense corps? Come meet your new home for the next few months - How do you arrive at the base? What simulators are waiting for you there? And how did the air defense system’s uniform look like in the past? 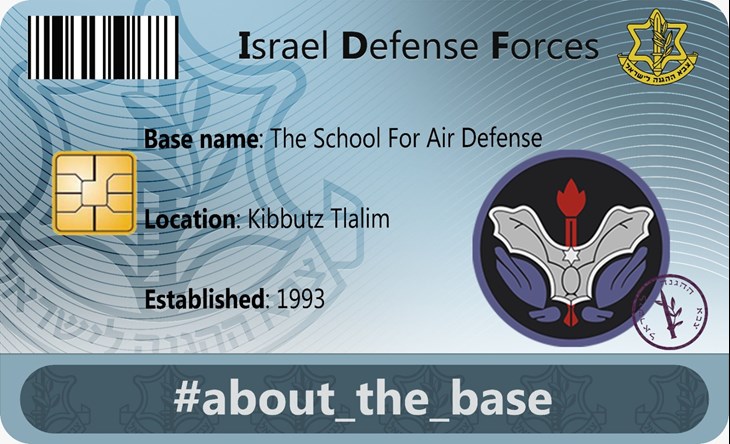 There are shuttles on Sundays and on weekends. You can arrive independently with the bus lines: 60, 65, 64, 69 and 160 from Beer-Sheva’s central station towards Mitzpe Ramon, and get off at the Machane Mashabim bus stop.

Origin of the Base’s Name:

The school for air defense is named after the air defense corps which is what the school prepares it’s combat soldiers for.

A Little Bit of History:

The School For the Air Defense System was built before Israel was established, and was first placed in a factory in Herzliya. At this time the Air Defense System’s corps was subordinate to the air force in the command position, and to the Artillery corps in the professional position - which is why the soldiers wore the army’s green uniforms and the air force’s berets.

As the air defense system corps began to grow and expand, they decided to build a base for military career terms near the airport in Herzliya. Back in the 60’s they planned to move the School For the Air Defense System to the Negev but this decision was only executed in the 90’s. In 1993 the school was transferred to Machane Mashabim in the Negev and in 2011 the corps’s name was changed to the air defense corps and the school’s name was changed to The School For Air Defense ('Bisla').

The combat soldier’s training is in a closed-base format.

What Does 'Bisla' Include?

Logistics, armory, six lunchrooms, personal affairs ('Tash') and education ('Chinuch') offices, a central 'Shekem', a 'Shekem' in the training area and a mobile 'Shekem' that arrives during field trainings, a synagogue, a medical clinic, a dental clinic, a shooting range, an obstacle course test, a swimming pool, a gym, blood test labs, a physiotherapy room, a deli, a sports gymnasium, and a mission training center.

The Unique Qualities of the Base:

'Bisla' is the only base that trains the air defense corps. The base trains soldiers from the corporal rank to the highest ranks. In 'Bisla' there is a mission training center which certifies the combat soldiers with the help of advanced simulators to use different defense systems: 'Cipat Barzel' (the iron dome), 'Chetz', 'Yahalom' and 'Kela David'.

The School For Air Defense is the gate entrance to the air defense corps and the air force. We certify the soldiers for the most strategic and meaningful systems for defending the IDF’s forces and keep the standards high in any matter. The best commanders, the most advanced basis and the systems’ instructors will give you a meaningful learning experience and a high quality and precise training to do the nation’s mission perfectly. Like the air force and the air defense corps, we aim above and beyond.