The military framework is a unique framework that does not resemble a civilian lifestyle. Many of the recruits arrive without any prior preparation and as a result, find themselves making a lot of mistakes. Here are 10 rules that will help you learn how to behave in the IDF>

Some of the rules do not appear in written law and apply only during the training period prior to the regular service period and some of the rules are valid throughout the entire military service. Presenting to you - the complete guide to military conduct!

One of the most important things in basic training and in the military in general is timelines.

There will be plenty of times during the basic training, in which you will be required to carry out a task according to a specified timeline assigned to you. Handling time is a top priority, so even if you didn't complete the task assigned to you, when the time is up, you must stop and stand in place.

Determination is something you should strive for, while being apathetic is something you should avoid. Immediately upon your recruitment, make an effort to integrate into the military system. Be the leaders of your platoon and make a good impression on the commanders. Remember! Apathy along with a lack of effort and avoiding teamwork does not make a good impression, neither in the military nor in civilian life.

One of the most important general Headquarters command is the "Shiluv Raui" which governs the adequate integration between male and female soldiers in the IDF.

It won’t happen to me

Take good care of your personal belongings and avoid losing them, one of the most unpleasant experiences that can happen during basic training is the loss of an expensive object. Therefore, you should take into consideration that sometimes it’s best to leave your valuable belongings behind.

Finding time for a break during your basic training is a rare commodity. But don’t worry, because each day before bedtime you will receive a "free" hour - dedicated for your personal arrangements, such as shower, phone calls etc, called “Shat Tash”. You will also receive several other short breaks throughout the day.

The military equipment you will receive during your basic training, from the sleeping bag (“Sakesh”) to the canteen, was used by many recruits before you, and most likely will be used by those after you. Just as you were hoping to receive equipment that is in a good shape – make sure that those who come after you will receive the equipment in the same way. In addition, those who lose their military equipment will go on a trial and are usually required to pay, so make sure to keep it somewhere safe.

We can insure you that you are not the only one who may experience difficulties within their enlistment to the IDF. Uncertainty and fear about this unique framework along with dealing with it is Common among many new recruits. It's also a great opportunity to make new connections with people who are, ultimately, in the same situation as yours. One of the ways to overcome difficulty is dealing with it along with other people who are experiencing it as well.

Undoubtedly going through the military service while counting down the days left can be extremely debilitating and can even lower your motivation. Instead of being discouraged and waiting for the end, accept the situation as it is. Spend your military service having fun; it is a long and memorable period that you will eventually look back on and miss. You are in fact the only ones who determine what your military service will look like.

My First Saturday in the IDF 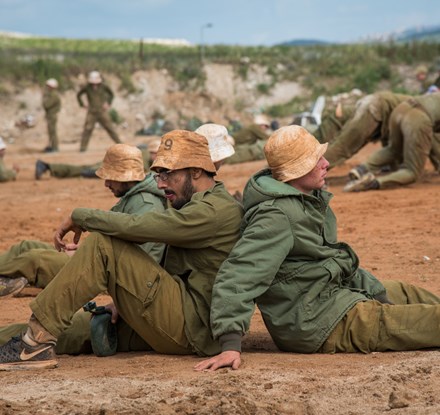 Five Tips to Help You Overcome the Challenges of Basic Training 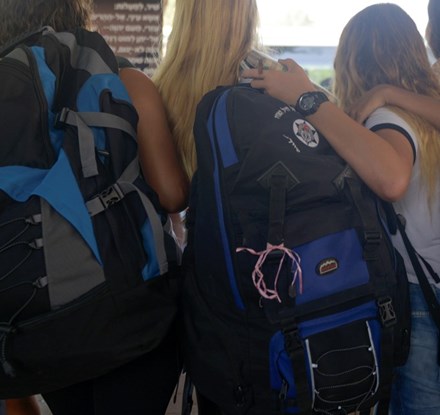 Get ready to become Stars