When you're drafting into the IDF, your status changes from a civilian to a soldier, and new debts and right are added to your life that you should know before you enlist. What kind of transportation can you use free of charge? And how soon will you see a doctor from the moment you request it? All the information you need right here >

What rights do I deserve?

The right to appeal to the Commissioner of Soldiers’ Complaints - All soldiers are entitled to apply to the Ombudsman. The Ombudsman's military role is to handle the complaints of soldiers and the Malshabim (candidates of the IDF) in any field related to the military, especially in the matter of command-officer relations.

Accommodation at the base and Beit Hachayal -  If you live far from the base where you serve (serving at a distance of about 100 kilometers from home) and cannot return home every day, you should contact the Terms of Service Officer in your unit and ask to register at the soldier's home (Beit Hachayal )  near your base. In addition, there is often the option of accommodation within the base. A certificate can be obtained at Beit Hahayal after a meeting with the Mashakit Tash at your unit. Closed base and work permit: FAQ on Service Terms and Conditions.

Eligibility for glasses (with prescription number) - Soldiers who require glasses, even if they have been informed about it during their service or before, are entitled to receive one pair of glasses at the expense of the IDF. This can be done in a network of glasses, selected  according to the details appearing on the budgetary reference, given by the unit's physician.

Soldiers voting in local authorities - Soldiers are entitled to vote in municipal elections, through the polling stations deployed in various IDF bases throughout the country. The elections are conducted discreetly, their precise location is given to the commanders, and the ballot is inserted into two envelopes. Please note that soldiers who voted in a civilian ballot can’t vote at the special polling stations for soldiers.

Medical treatment within 24 hours - Soldiers who feel ill and feel they need medical treatment should notify their personal commander. The commanders must refer the soldier to the clinic for diagnosis and treatment. If a doctor is present in the clinic - the soldiers are entitled to be examined by him/her. If not, the obligation to provide medical care is up to 24 hours from the time of the soldiers request.

Payment for stay in the emergency room - Soldiers referred to the emergency room (ER) are requested to bring the forms they received to the doctor in their unit. If the referral meets one of the criteria defined by the Medical Corps as justified, the IDF will pay for the ER visit. In addition, the referral to the ER should be conducted with the approval of the doctor of the unit / at the “Bikur Rofe” clinic or the "Mikol Halev" clinic for a medical consultation with a nurse.

Evacuation of a soldier in an ambulance - Soldiers Who were evacuated to an ambulance during their military service or in their spare time after hours spent at the base, Are entitled to receive funding from the IDF for the cost of the evacuation.

Free Medicine - Most of the drugs in the HMO's basket of medicines are also included in the IDF's basket of drugs and are available to soldiers for free.

Surgical Financing - Soldiers required to perform non-cosmetic medical operations during their military service, after consultation with and approval of a specialized military doctor, are entitled to receive full funding for the cost of the operation on behalf of the IDF.

תגיות
The Military Rules of Appearance and Dress Code

What to Bring on Your Enlistment Day 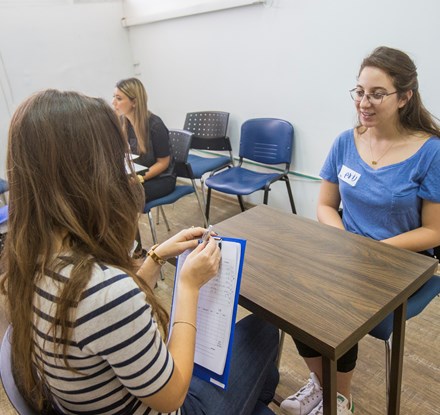 The Stages in Yom Hame'a