Entering the army routine can be a bit confusing - a new environment, a new living space and if that's not enough - a new language too. Just before drafting, it’s time for you to learn the unique terms that have developed in the IDF over the years. What is a ‘Hamshush’? Have you heard of an ‘Hakpatza’? Do you know what meaning stands behind the word ‘Machbosh’? We have gathered all the terms you must know!

Welcome to the IDF

Got on the bus from the “Bakum” - the classification and screening base? Welcome to the IDF. On your first day you will go through the “Sharsheret Chiul” - the enlistment sequence, and even before you arrive at the base where you pass basic training you will receive a Choger - your military identification card, and become soldiers in the IDF. You will also receive a Diskit - a military dog-tag with your name and your personal number engraved on it, that you will wear around your neck through your service. If you have been recruited as a combatant, you will get a Chimidan while the rest will receive a Kidbag - personal large bags which are different in their sizes. Save your equipment that you receive from the army and take care of it because when you finish your service, you must return all the equipment.

From now on, anything that has no connection to the army will be called Ezrachi (civil) such as Ezrachut - life before and after the army. Any time you wear your uniform when going to your base you will La’alot Al Madim, whether it's Madei Alef or Madei Bet (uniform a’ or uniform b’) - the presentable uniform and the work uniform.

A soldier who shows enthusiasm toward his draft is called Mura’l - the hebrew word for ‘poisoned’ which is a metaphor for being extremely committed to your job, while a soldier who is in a continuous process of adapting to the new environment is called Shockist - from the word 'shock', or Paur - from the hebrew word 'gawking'. A soldier who has been serving a long time will be called Pazamnik - slang for seniority, and a soldier who has just begun his service will be called frequently Tzair - young. Sometimes when a soldier is tired or complains too much, he will be called Shavuz - slang for depressed and exhausted. A soldier assigned to a home front job will often be called Jobnik - taken from the word ‘job’, as in a daily job. The word Mitchapshen is used for describing a soldier who does the minimum work that is needed and only what he was asked to do without wanting to. A soldier who does more than asked and works more than needed by choice is often called Tzahov. Combat soldiers are often described with the term Wasach, which is a combative and operative acts or behavior.

An inseparable part of your service in the army is Lisgor Shabbat - which means to stay at the base for a weekend. Sometimes, when you don’t stay at the base for the weekend, you will get a Chamshush - you will leave the base on Thursday till Sunday, a Revush - Wednesday till Sunday (which infrequently happens) and a Shalshush - Tuesday till Sunday (which rarely ever happens). There may be times when you won’t know when you’re supposed to leave the base and your superiors will inform you as a Baltam - unplanned, unexpected. If you feel sick, you will go to your unit’s medical clinic. If the doctor feel’s that you need rest, he will give you a Yom Bet - where you have permission to rest in your room in the base, and in other cases you can get a Yom Gimel - where you have permission to rest at home. Yom Daled is when your commander gives you permission to go home without a doctor’s approval. A Regila is a week long break given to soldiers determined by the nature of your service, an After is where you get to sleep at home for a night and arrive at the base the next morning, and Meyuhadot - special days, in which you receive additional break days to the regular given break days for special reasons, a family occasion for instance.

While you are wearing your uniform, you are required to be Medugam - to wear the uniform the proper way and by the army’s rules. Chosser digum - when you aren’t wearing your uniform in the proper form. This is the main reason for getting a ticket from the military police, which can lead to going to the Machbosh - a military prison. The time that passes while being in prison counts as Dafuk - which means that the time you stay in prison doesn’t count during your service. The main reasons for going to military prison are Nifkadut - absence from the army without permission for 3 weeks, and Arikut - unapproved absence after 3 weeks and on.

During basic training you will be divided into squads, which form a platoon. A couple of platoons form a company and a couple of companies form a battalion. If your service is a combat service or in the field, the form of your service will be similar. In the head of each group stands a commander with different ranks such as a Citroen - the rank for Nagadim (warrant officers) and Aronot or Falafelim - the ranks for Ktzinim - officers. During your training you will experience military Distance between you and your commanders which is a professional relationship between soldiers and their superiors. There is a common stage at the end of basic training or a course when there is Shvirat Distance - breaking the distance, and the soldiers will move to the stage of Asak - which means the vibe of ending a course. On top of these terms, there are more terms you will hear during basic training such as Misparey Barzel - a method of counts=ing the soldiers and checking attendance, Prisa - a food layout outside of the cafeteria, Hakpatza - when the soldiers are woken up unexpected in the middle of the night and Matzav Shtayim - the body’s starting position in a push-up exercise.

When the commander will make you run from one place to another and give you different tasks, he is giving you a Kader - which stands for comprehending through the legs. This term is usually used to describe a “not so fun” task, even if it doesn’t involve physical activity. The army includes a lot of physical activities that all soldiers need to perform, except for those who have a Ptor - permission to be excused from certain activities. Only a military doctor can give a Ptor due to limits and actual difficulties.

My First Saturday in the IDF 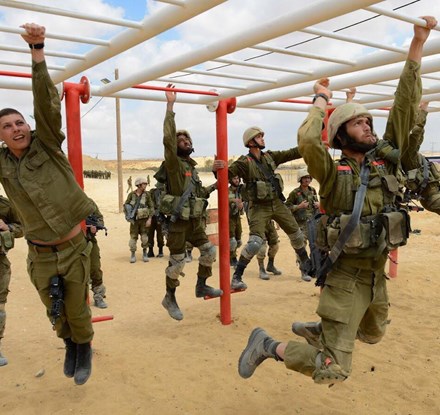 7Tips for Maintaining a Healthy Lifestyle in the IDF 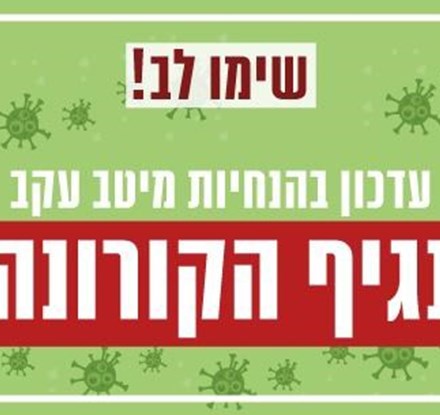